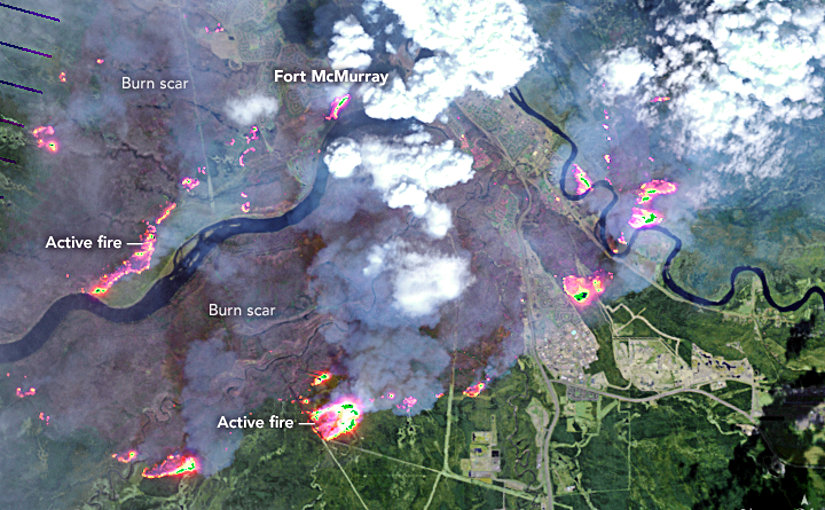 As I write this post, a presidential candidate who thinks global warming is “bullshit” has a fair chance to burn his way to the White House door. A fire is burning in Canada that no one knows how to stop. Oceans are rising, AND they are becoming more acidic, AND parts of the ocean are holding less oxygen than they used to. Conflicts in the middle east are made worse by drought. Rain forests are being cut down to make palm oil, and profitable carbon-energy companies receive huge direct and indirect subsidies.

The science on climate change actually IS clear, and frankly it is terrifying. There is a realistic civilization-ending scenario. And in the face of that risk, corporations and political interests dither and spread misinformation. I keep hearing a bell tolling; this is not a drill.

I’m about to step on some toes here, but bear with me for a couple more paragraphs: climate change is the most important issue facing humanity right now. It is more important than health care. It is more important than Black Lives Matter. It matters more than GLBT inclusion. It utterly eclipses the supposed threat of terrorism – and the much more real threat of police militarism. But it is not isolated from or antithetical to any of those issues.

It really irritates me when people say; “How can you care about issue X when issue Y is more important?” The obvious answer is that we don’t confront issues one at a time. Yes, we want to save the planet*, and we want economic equality and people should not have to be afraid of the police. Solve the first one, but make sure humanity is worth saving by solving the rest of them too. It really doesn’t seem like that hard of a concept.

I remember GW Bush saying that efforts to combat climate change were OK with him, as long as they didn’t hurt the economy. I wondered at the time what planetary-scale catastrophes would do to his precious economy. Today, because of the Alberta fire, the economic forecast for Canada has been scaled back from projected growth of 1.5% this year, to zero. The US could face similar scale catastrophes: imagine entire cities evacuated in Florida. And I just wonder, what’s it gonna take for people to wake up?

What to do now? Go out and vote for the most radical environmentalist you can find? We both know how that turns out: GW Bush becomes president and we spend 8 more years denying climate change at the highest level. We did not have 8 years to waste back in 2001, and we sure as hell don’t have any time to waste now. My prescription – and I hope it is the right one – is to keep the deniers out, and put pressure on the moderates who DO win to focus on climate change. Without forgetting about… humanity. Otherwise, why save anything?