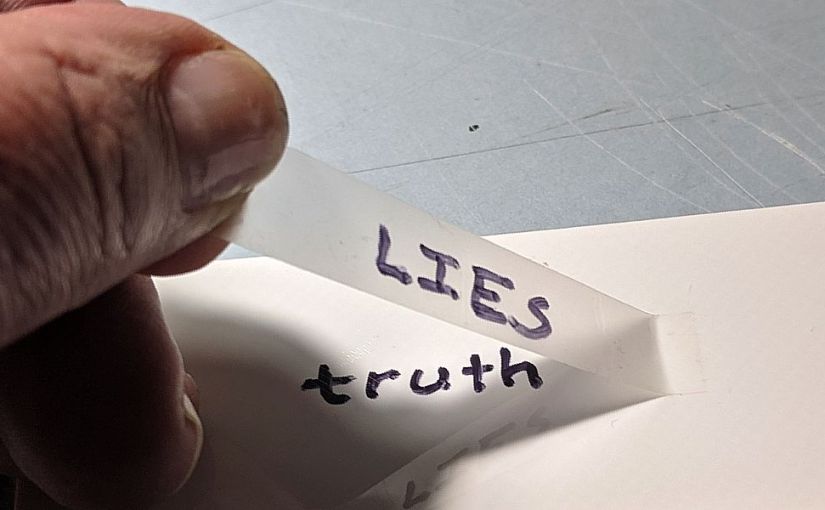 UPDATE: The presidential campaign is over, Biden won in a near-landslide, but the assault on truth is worse than ever. Lies and misinformation are everywhere. So I’m putting this article back up.

I have bad news for you: the 2020 campaign season is ramping up.

In the past this has meant candidates saying stuff that was a bit exaggerated with the occasional whopper. But now it means literal troll farms spreading outright lies, which will be amplified by cable news, and even candidates. The apparent goal seems to be to undermine the very concept of truth, with so much “fake news” that the phrase will be applied to all news.

There are fact-checking sites, but the trolls have done their work so effectively that fact sites are constantly accused of bias. Use them, but be prepared for monkeys screaming “Fake News!”

To make matters worse, new technology called “DeepFake” can create videos of people saying things they never said. That’s going to make fact-checking even harder. What to do?

Here’s my tool kit. These are practical things I do to try stay in the orbit of reality:

Finally, dial back the concept of absolute Truth. For practical purposes you can absolutely depend on the laws of thermodynamics, for instance, but when you get to talking about anything metaphysical, not so much. When someone’s going on about what God intended, ask how they know.

If you ask a scientist how they know something, they’ll start talking about experimental methodology, data collection, statistical techniques, and correlation with other fields of inquiry. And the conclusions they draw are “highly likely” or “an interesting result, calling for more study” but almost never claimed to be absolute Truth.

There are organized and even state-supported efforts to throw massive amounts of disinformation into the marketplace of ideas. This has the same effect on that marketplace that mass counterfeiting has on an economy, and should be countered with skepticism and scrutiny. Don’t let disinformation go unchallenged, and don’t pass it on yourself.

I won’t lie; this is exhausting work. Spend more time educating yourself than you do engaging online. And give your mind a break; get some rest, enjoy a fantasy story, do something pointless but fun.

Tom Scott’s 59-minute video about social media, lies and propaganda is well worth your time:

You will find disinformation on both sides of the ideological divide, but both sides are not the same.