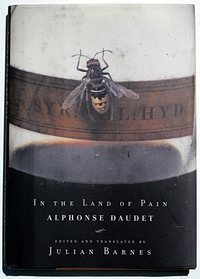 I’ve been trying to write this post about chronic pain for more than 2 years, but finally decided to break it down into parts. After all, books have chapters, don’t they? This post is the first of several.

I’m not attempting anything profound here, just writing down my thoughts about an interesting aspect of my life. Writing stuff down is sort of what I do, so here goes.

When this started and maybe what started it

Starting around 22 years ago I had a series of operations, in which it seems that something went wrong with the anesthesia. At least, that’s my guess because doctors have not been able to explain why, since then, ordinary sensations are downright painful. Even washing my hands and drying them with a towel, or sitting in a chair for more than an hour. Even lying in bed only starts out comfortable. Sleep is a challenge, since staying in motion is the only thing that helps.

One doctor said that I have “fibromyalgia”, which is an ill-defined cluster of symptoms related to pain and fatigue. Because of pain’s effect on sleep I suspect the fatigue is a by-product. It’s been said you know that you have fibromyalgia when you wake up every morning feeling like you have a hangover and got into a bar fight the night before. When that goes on for years, it begins to wear on you.

Chronic pain is very common. Something like 2 people out of 5 experience it, ranging from my miswired nerves to the relentless agony of a cancer or accident victim. Think of all the people you know, and several of them are probably in pain at least half of their waking hours. And (as I’ll discuss in a future installment) their sleeping hours as well.

Funny thing about pain; if it is persistent it warps your personality. Over the years, other people have noticed. Some years I become impatient with others, and struggle to filter what I say. This is, I assure you, a bad combination.

People with chronic pain actually get tired of sympathy

There’s a reason people generally don’t talk about their pain, and it is sympathy. That’s right; ordinary, well-intentioned compassion and kindness begins to wear thin. When a friend or co-worker says “Well I hope you feel better soon!”… and you know you won’t, you just don’t know how to respond. You also start to become cynical about their sympathy. And while cynicism is corrosive enough when it’s about strangers; it feels awful when you think it of your friends.

And why this series

I get through hospital stays by geeking out over the technology. It’s just so interesting, that I try to forget that I am the character in the story. And that’s what I’m doing here. I’m writing an inside perspective on something that’s a bit of a mystery: why do some people’s bodies experience pain when there’s no injury? What’s up with that? How to live with it? That’s my focus.

I plan to write about pain and doctors, drugs, depression, sleep, relationships, and anything else that comes to mind. And I’m writing it on my blog with links in social media because social media just seems too ephemeral to me. Social media is made for discussion but isn’t much good for archiving.